The Biking Life, and Other Silliness

We've been biking more and more lately - Jesse has been all month, mainly getting to school and back, and I just started getting into it. It is very liberating and refreshing to have another quick, convenient, and free transportation method to add to walking, bussing, and streetcar-ing. The other night we rode over to our friend Anni's house for dinner: 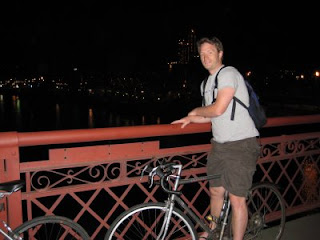 Stopping on the Broadway Bridge for documentation. 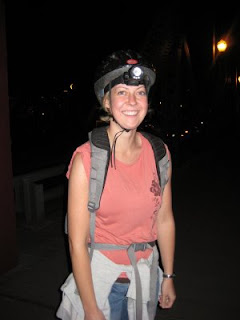 The other half of the nerdiest couple I know.

Speaking of nerdosity, we went to a literary birthday party (which was AWESOME, by the way) for our friend Bex, and we were instructed to dress up as our favorite author or literary character. Jesse's favorite author is G.K. Chesterton, who was apparently quite portly. 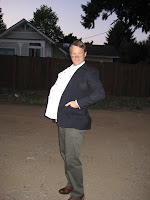 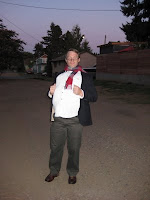 Jesse stuffed his shirt AND his pants. I mean, he already has a respectably substantial butt, but with the pillows...wow. 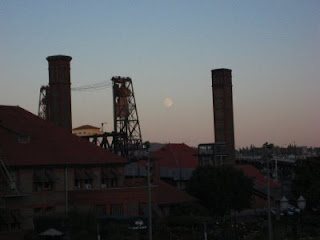 On the way over to Bex's, the moon over the train station looked very pretty.

The last few days have been hot and muggy so we spent a few nights out on the porch - so cozy and fun! 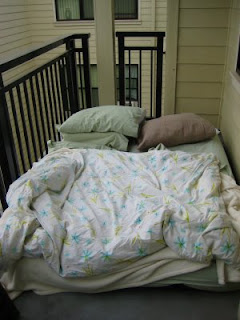 Andy said…
I have to agree that the headlamp makes you look totally sweet and awesome! And I have to ask you about your reaction to the John and Andy book.
September 25, 2008 at 9:46 PM