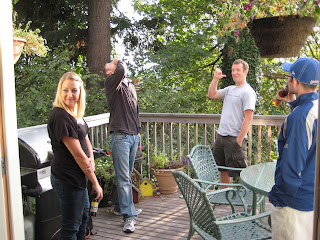 On August 14th we took short trip up to Seattle to celebrate my brother's 21st birthday and grandpa's 80th birthday. That night Tobin had a barbecue for friends and family, little did I know this was only hours before I went into labor! 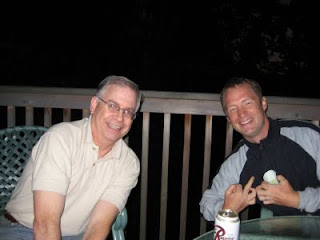 Here Jesse and my dad were asked to throw up some gang signs - the accountant declined...

The next morning contractions were in full swing and Kerri insisted on a final belly shot: 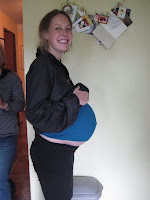 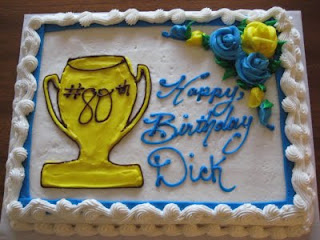 After much debate and a trip to the hospital to get checked, Jesse and I decided to head back down to Portland before labor progressed any further. We skipped Grandpa's party and hit the road.
Email Post